This library spotlight was originally posted on the Granite Educational Technology Dept. Blog 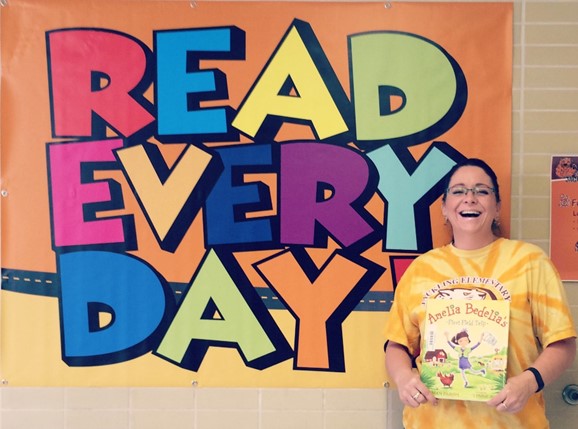 Melanie Brock has worked as the media assistant at Jackling Elementary School for five years and in Granite School District for the past eleven years.

A Tree Grows in Brooklyn by Betty Smith

“Be the change you wish to see in the world.”

At the beginning of the 2014-2015 school year, all of Granite School District’s elementary media assistants met at the Viridian Center at the West Jordan Public Library for their opening meeting. A major component of that meeting was a break-out session where the media assistants collaborated with the Salt Lake County Library that serves their school’s area and community. Together, they filled out a Library Outreach Action Plan, where they made two goals for the school year and listed the steps they would need to take to accomplish them. Below is a copy of the plan that Melanie made with the Hunter Public Library. 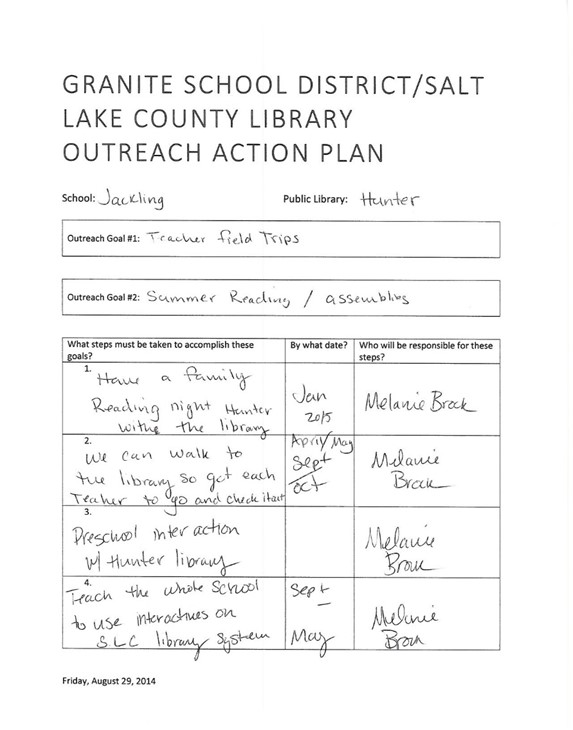 The first outreach goal that Melanie made was to do teacher field trips. The Hunter Public Library had been closed for most of the year due to renovations. They decided to schedule the field trip right after they reopened, so that the students were aware that the library was once again open and to give them a chance to see the improvements that had taken place. Melanie set up a schedule that allowed her to bring the students over by grade level and the librarians at Hunter Library set up three rotations for the students to go through once they arrived. Everything was thoughtfully planned out and at no point did it appear chaotic or out of control. 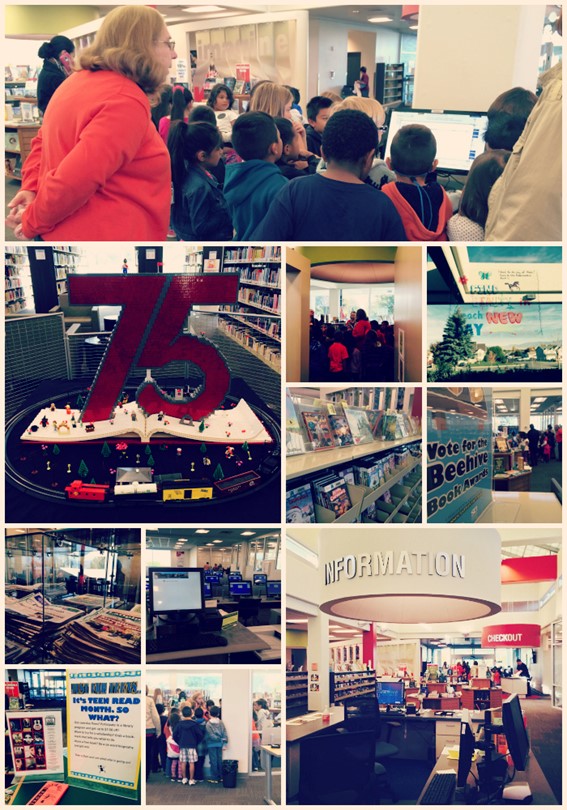 The second rotation was a story time and activity in the library’s large conference room. The librarian read a story to the class, and then taught them about how the library is organized. Each child was given a picture book and they then had to organize themselves in alphabetical order, according the author’s last name.

The third rotation was an art activity where the students were given time to create their own bookmark. 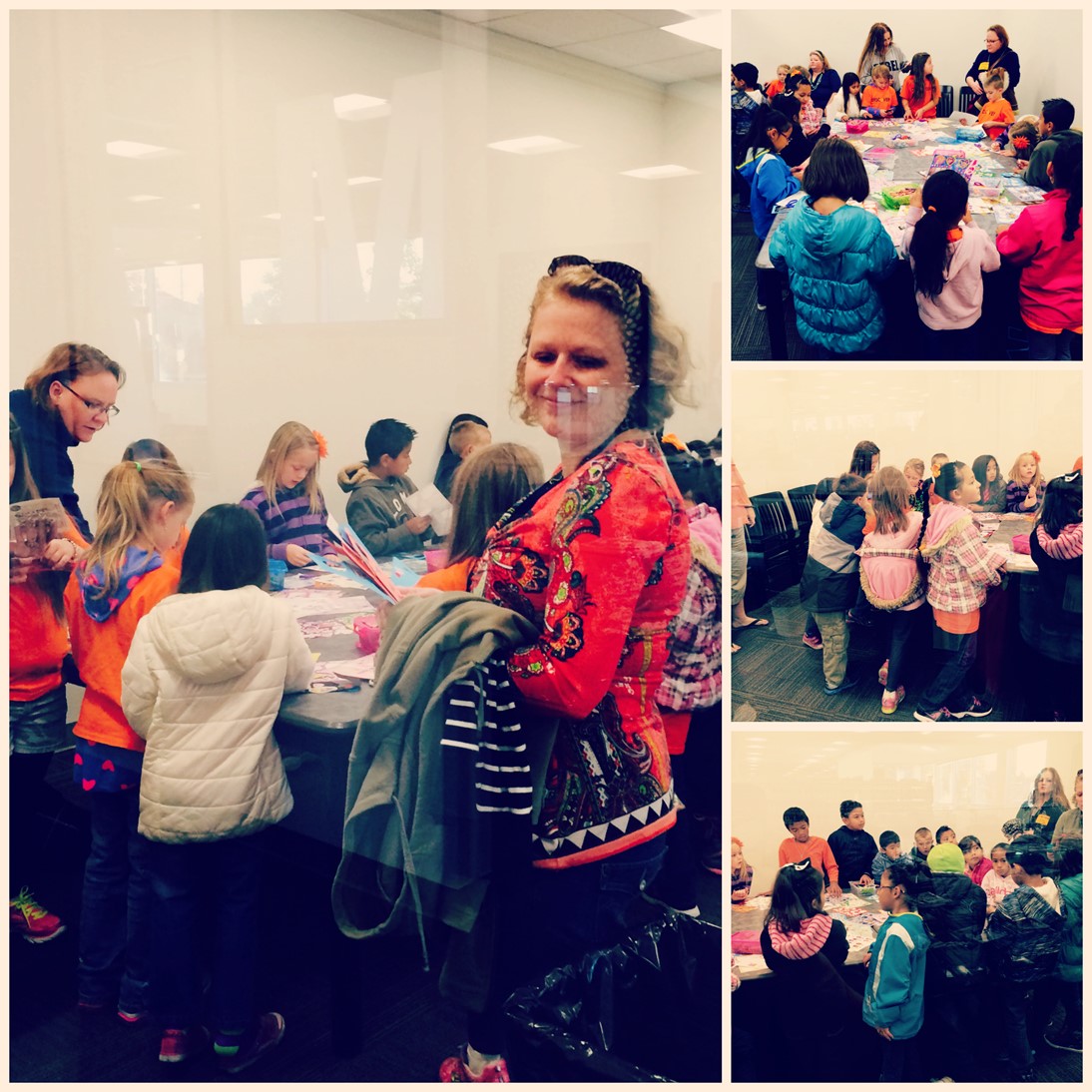 Thanks to the hard work of everyone involved, this outreach was a success and could be used as a template for others looking to plan a field trip to their public library. Way to go!

Countdown to Battle of the Books 2019 District Elementary Competition

We share school library resources for students, teachers, and library staff, as well as book reviews created by staff and students. Our program is part of the Educational Technology Department of Granite School District.